Maybe you’ve already tried IV therapy, also known as drip therapy or IV vitamin therapy. Or maybe you’ve heard about it and want to know if it’s for you? You are in the right place. In this post and the next two, we’ll cover the exhaustive list of IV therapy benefits. We’ve searched the internet and we’re convinced you won’t find a more complete list anywhere.

If you’ve never tried IV therapy you might be curious about exactly how it works. If you’ve ever been hospitalized you may have had an IV bag hooked up through a tube to a needle in your arm. This bag may have been to deliver needed fluids if you were very sick or injured. More likely, though, the solution was used as a convenient way to deliver drugs. If you need frequent injections or multiple injections it’s easier on you to put in one needle than several.

Even if you’ve never experienced this yourself, you’ve seen it on TV and in movies. The process of having the IV therapy needle inserted might be a little uncomfortable, but only for a second. Or, you might feel almost nothing at all. This varies a great deal from one individual to another, and also depends upon the concentration and precise location of nerve endings at the injection site. Either way, we promise the benefits will far outweigh any momentary discomfort.

Once the needle is inserted and taped down, your nurse or technician will open the valve and the process will start. It typically only takes about 30 – 40 minutes for a treatment, and depending upon what treatment you’re having, you may experience benefits right away, even before the treatment itself is done. It really can be that fast.

Did we say this was the most extensive and thorough list online? It covers the benefits so thoroughly we’ve had to put them in alphabetical order, just to be sure we don’t miss anything. The full list covers 24 benefits, with information not only on what each one does but how it does it.  In each of these three posts, we’ll cover 8 benefits in detail.

So without further ado, let’s get on with the first of our three exhaustive posts on the many benefits of IV therapy… 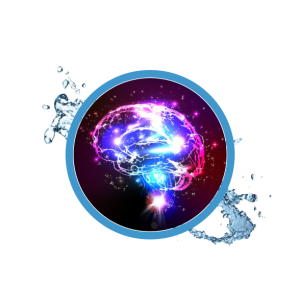 1 Reducing the risk of Alzheimer’s

Most of us have seen what happens to a person when they lose their mental faculties to this terrible disease. The loss of memory and confusion for the victim is bad enough, but there’s also the terrible emotional impact on loved ones who have become strangers.

To make matters worse, doctors and researchers aren’t even sure exactly what causes it. What we do know is that it results from brain cells dying, and not being replaced. The traditional wisdom that says that you’re born with all the brain cells you’ll ever have is false, by the way. Healthy adults do grow new brain cells through a process called neurogenesis.

While there are many factors at play, and as already stated, medical science still doesn’t completely understand this disease, we do know some things that can prevent or even treat Alzheimer’s.

Many of our IV therapies include the famous Myers’ cocktail, which includes pyroxidine (vitamin B6) and B complex vitamins. There are only a handful of effective treatments for Alzheimer’s but one of the most effective is B vitamin supplementation. Nobody is really sure why but

Alzheimer’s patients are known to have elevated levels of a protein called homocysteine, and it’s an important marker for Alzheimer’s risk. B vitamin supplementation lowers these levels and helps to protect your brain from this debilitating disease. 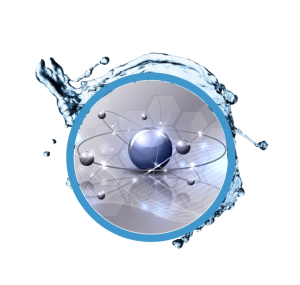 This one is so important we’ll probably write an entire post on it in the near future, but for now, here are the highlights.

Our bodies need to burn oxygen to live. But burning oxygen produces waste products called ‘free radicals’. These free radicals cause damage to our cells through ‘oxidative stress’. Antioxidants help clean our cells and flush away the free radicals. This means our cells are healthier and live longer.

Vitamin C is an antioxidant, in addition to its many other health benefits. It is included in the Myers’ Cocktail which is found in several of our IV therapy treatments. In addition, our Immunity Booster IV therapy contains additional vitamin C.

More importantly, some of our IV therapies include a follow-up injection of glutathione. While our injection therapies aren’t the subject of this post, glutathione is such a powerful antioxidant we have an entire page dedicated to it. You can read all about glutathione here. 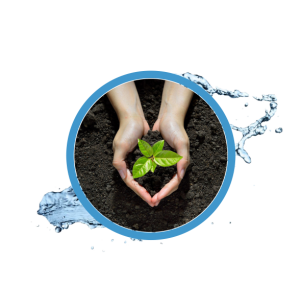 We barely know where to start. This is another one that deserves its own post.

First, as already mentioned oxidative stress causes our cells to age faster, and we talked about that in the previous section.

But there are many other factors at play. One of the most significant is something called ‘epigenetics’. You can read an entire article on it here, but for now, here’s a quick summary:

We know our genes control everything about us, but our genes are in turn heavily influenced by epigenetics. Epigenetics control which genes are turned on or off, and certain genes, once switched on or off, cause us to age faster. We know that exercise and proper diet are big factors in controlling epigenetics to keep us younger, longer. But there are other factors as well.

One of these is our sense of well-being and satisfaction with life. It turns out that the happier we are, the more epigenetics influences our genes to produce positive endorphins, boost our immune system, and simply make our body work better. All of these things together add up to a powerful anti-aging formula.

Since our IV therapies can all make you feel better (and better about yourself) in one way or another, they are a positive influence on your epigenetics and help to slow the aging process.

If all of this sounds sketchy, we assure you it’s proven science. If you’re really interested and have an hour to spare, you can listen to Harvard scientist Dr. David Sinclair, one of the world’s foremost researchers on anti-aging, explain epigenetics here: David Sinclair: “Lifespan: Why We Age and Why We Don’t Have To” 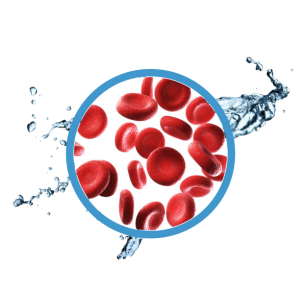 Anemia is a condition that results from a low red blood cell count, or from an inability to make enough hemoglobin. Hemoglobin is the protein that carries oxygen to all the other cells in your body. If your cells aren’t getting enough oxygen, you’ll feel weak and tired.

Women are especially susceptible to anemia but it can strike anyone for a wide variety of causes. Poor diet, lack of sleep, stress, and illness can all be factors.

And it’s not just being weak and tired that results from anemia. Your cells need oxygen to function properly. If they aren’t getting enough, cellular damage can result that can lead to a host of other issues.

Most of you know that hemoglobin needs iron to do its job, but there are a lot of other factors that determine if you are anemic. For example, iron needs copper before it can work, so if you’re short on copper you can be anemic no matter how much iron you’re getting. In addition, studies have shown a direct link between vitamin B6 deficiency and anemia, especially in pregnant women or women of childbearing age. Some women experience a marked improvement in anemia symptoms from B6 supplementation, even if they are getting plenty of iron in their diet.

Our Spectracell Micronutrient Testing will check your blood for B6, vitamin C, and Copper. 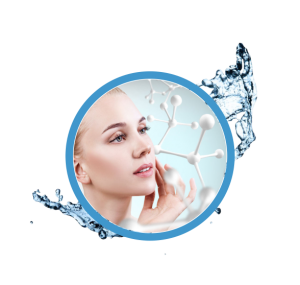 Are you losing your hair? It could be a vitamin B7 deficiency. While there are many causes of hair loss if you also suffer from weak and brittle nails, or sometimes get a red rash on your face or genitals, you should definitely be checked for a vitamin B7 (biotin) deficiency.

Biotin deficiency is rare but on top of the above symptoms that affect your appearance, it can also cause depression, lethargy, numbness and tingling in the extremities, and even hallucinations. 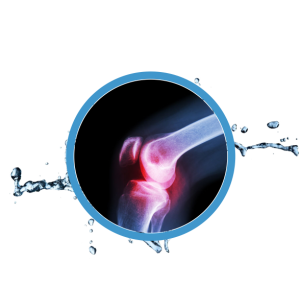 According to the CDC, almost 1 in 4 American adults have doctor-diagnosed arthritis. Almost half of those with arthritis will experience chronic pain and/or a limitation in their daily activities. And of course, it gets worse with age. As our population ages, the CDC projects that by 2040 78 million Americans will have arthritis.

Fortunately, there are things we can do to reduce our risk of developing debilitating arthritis. A healthy diet, controlling our weight, and regular exercise are all major factors.

In addition, recent studies suggest that B6 (pyroxidine) supplementation may help. Inflammation of the joints is usually the root cause of arthritis. One study of 43 adults with rheumatoid arthritis showed a marked decrease in inflammatory levels as a result of B6 and Folic Acid supplementation.

The Myers’ Cocktail included in many of our IV Therapies includes both of these nutrients. 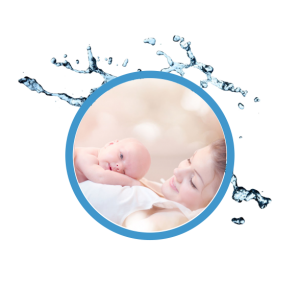 Neural Tube Defects (NTDs) are a common form of birth defect. These occur when the spinal cord doesn’t properly close while the baby is growing in the womb. The most common form of NTD is spina bifida, where part of the spinal cord grows outside the body. Babies born with this defect may be paralyzed and will suffer bladder and bowel control problems.

A particularly terrible form of NTD is anencephaly. This results in the baby being born missing parts of its skull or brain, resulting in death.

These defects occur when the genetic code isn’t passed properly from the mother to the baby and it’s the reason why doctors almost always prescribe Folic Acid (vitamin B9) for pregnant women. Folic acid is essential in the formation of nucleic acids, the building blocks of DNA.

It’s also easy to be deficient in this essential nutrient. While there are many dietary sources our bodies don’t absorb these well. Folic Acid as a supplement is formulated to be better absorbed, so even if you’re eating a healthy diet, you can benefit from B9 supplementation and protect your baby from birth defects.

Doctors prescribe Folic Acid because it has been proven to be very effective as a protective measure, with the incidence of NTD’s reduced by 70% with B9 supplementation. 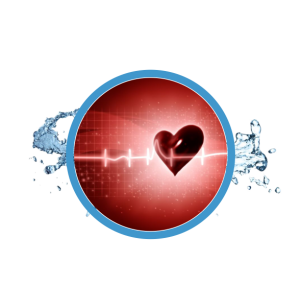 According to the American Heart Association, 1 in every 3 American adults has high blood pressure. Also known as hypertension, high blood pressure is a leading cause of death, mostly from heart attacks and strokes. Worldwide, it is the number one risk factor leading to early death with almost 8 million deaths per year being the direct result of hypertension.

Medications to lower blood pressure are commonly prescribed and if you have high blood pressure you’ve almost certainly heard your doctor lecture you on lifestyle changes. We can’t help with that, but we do know that there are nutrients that naturally lower blood pressure. Making sure you have enough of these should be part of your plan to keep your hypertension under control.

Magnesium helps to keep the walls of your blood vessels relaxed and studies have shown it to be effective in lowering blood pressure. As a bonus, magnesium is also extremely important in cognitive function and may help to prevent dementia. Vitamin C can also help with reducing constriction of the blood vessel walls.

Both of these supplements are found in the Myers’ Cocktail which forms the basis of many of our IV therapies.

Next week we’ll publish the second part of this 3-part series. 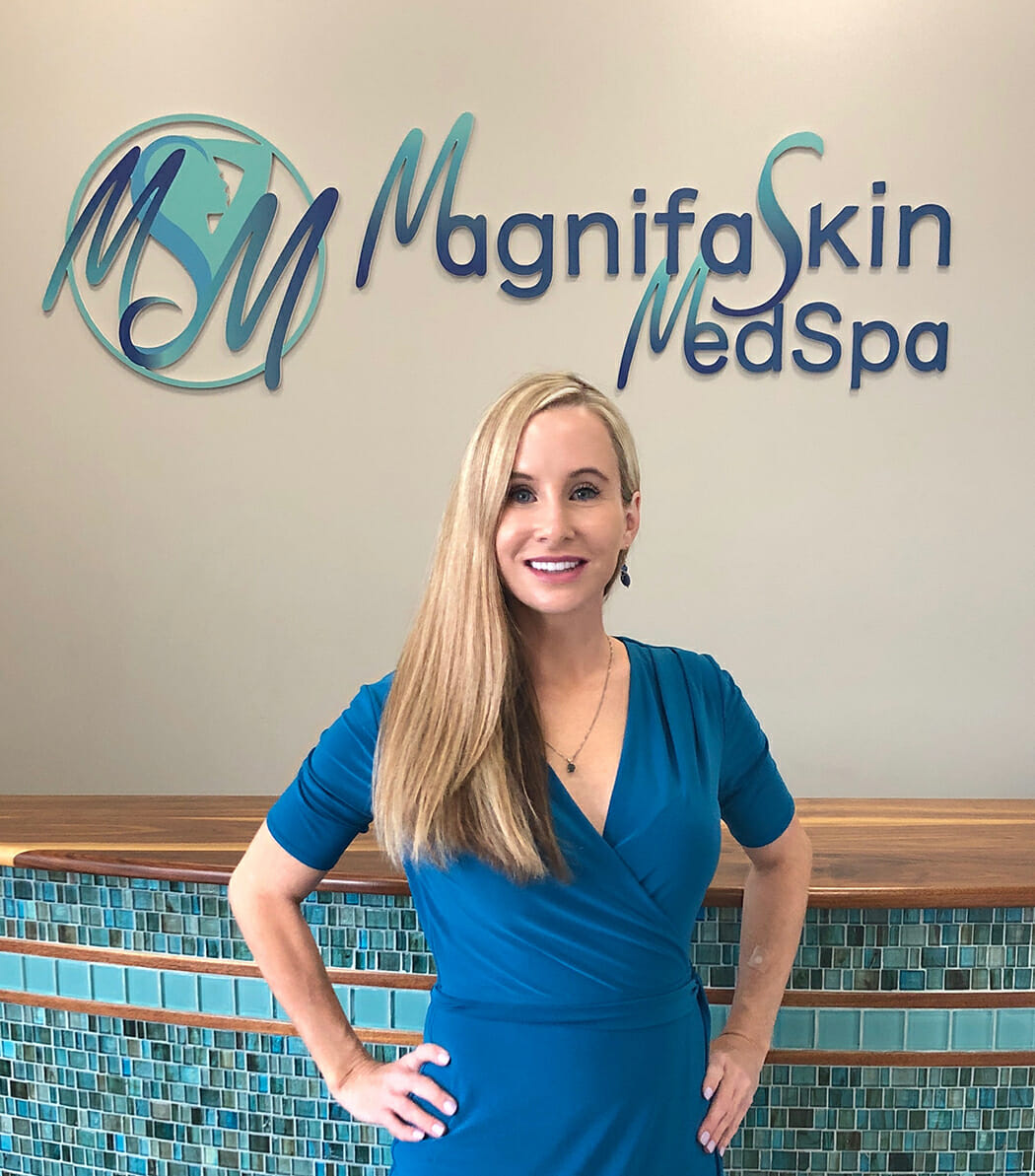 Christina is passionate about the science of skincare, and about helping her clients look and feel younger. Christy has a Bachelor of Science degree in Biology from Penn State, and a Masters in Biology from the University of Delaware. Through her partnership in the MagnifaSkin MedSpa clinic, she works daily to help her clients find the keys to magnifying their natural beauty.